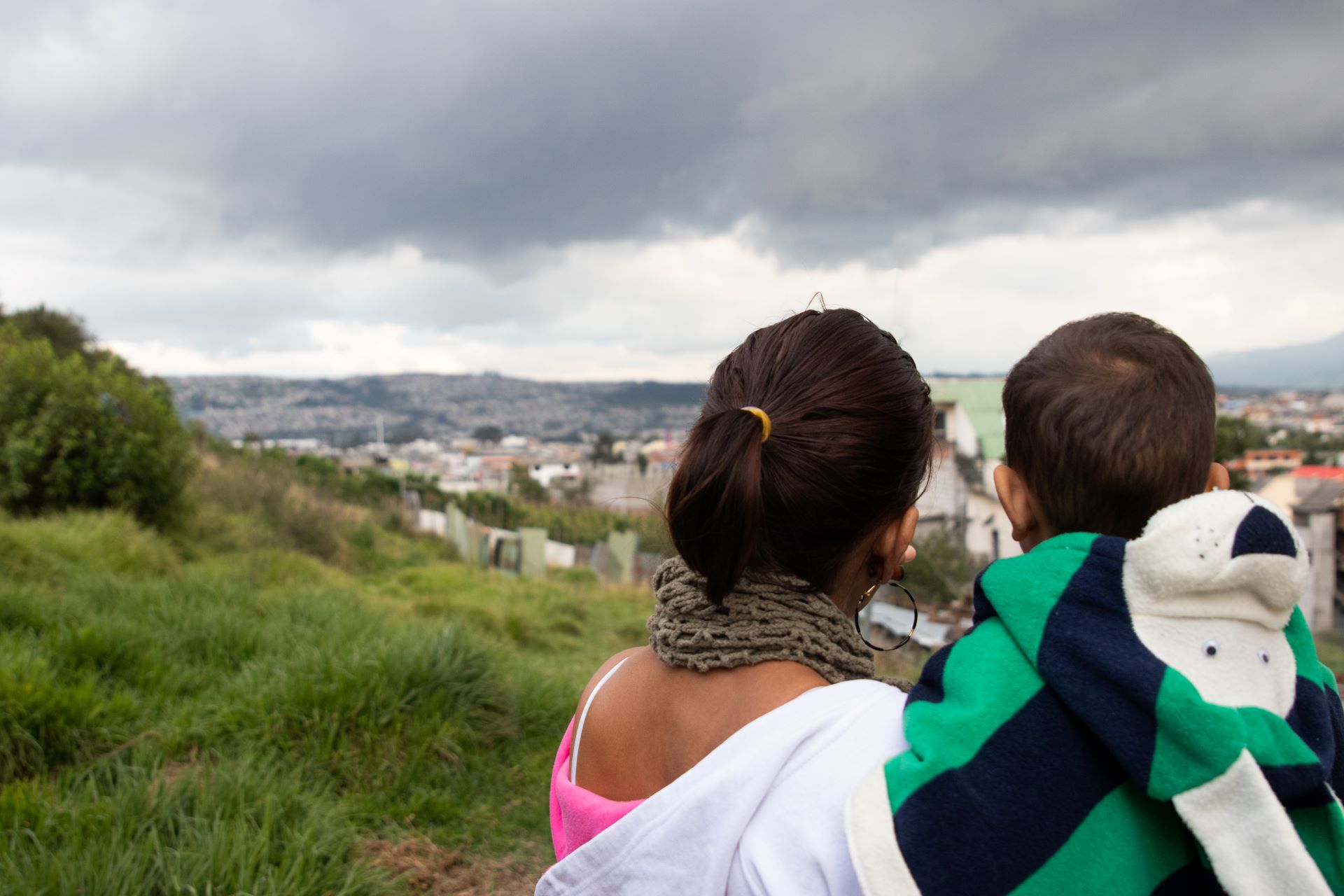 Isa fled to Ecuador with her children to escape the violence in Venezuela after the local militia there had tried to blackmail her into letting them store weapons in her house. That was when she knew she had to act. It was no longer safe for her and her children.

“I am a fighter, I would do anything for my children,” Isa, 35, says while holding her son, two-year-old Leo*. “I just want economic stability to raise them in a safe environment.”

She had to leave behind family and her job to build a new life in Quito, Ecuador.

And like many others who have fled to Ecuador, Isa has struggled to find decent work that allows her to also care for her two children. Isa and her children have applied for refugee status, but it may be years before this is granted. She is hoping to gain a work permit that would allow her to find a job whilst she waits for refugee status.

But for now she doesn’t have a permit so she is forced to make whatever money she can selling jelly and doing occasional manicures in a local spa. Being undocumented means long hours of poorly paid work.

Fortunately, since October 2019, an SOS social worker and psychologist have supported the family with counselling and home visits. They have helped guide Isa through the complicated refugee application process and advised her onhow to access support services. Her seven-year-old daughter, Pati*, has started school and both children have received treatment for ear infections and hepatitis.

Short-term financial support has also allowed Isa to rent a small apartment and buy essentials. She also uses the money to buy tools to do more manicures, and the ingredients for her jelly business.

Although we have been through a lot, I must continue to fight to find stability for my children. It is such a relief that they are healthier, can get medical treatment and that the older one goes to school.

SOS Ecuador is working in partnership with the United Nations High Commissioner for Refugees and other international organisations to cover the participants’ legal and financial needs.