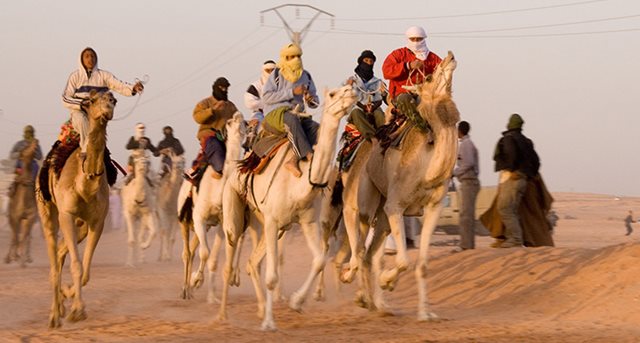 When Arif was just three years old he was lured into a car with the promise of toys and chocolates. His kidnappers planned to traffic him from his village in Bangladesh to Dubai, where they could sell him as a child jockey on the camel-racing circuit.

The dangerous practice of using children as child jockeys, riding at speeds of up to 30 miles per hour, has led to the death or maiming of undocumented numbers of children. Many were kidnapped or sold into slavery after losing parental care or come from impoverished backgrounds. Though recently outlawed, children continue to be forced to work in the popular sport.

“I am told they put children as young as five years old on top of camels and force them to race from one side of the desert to the other,” Arif told us. “If I hadn’t been rescued, there is no guarantee I would have survived.”

Today, he is Dr. Arif – a successful 32-year-old orthopaedic doctor in Bangladesh. His five-month journey with the traffickers through Bangladesh and India ultimately led him to the SOS village community in Dhaka – and a life dedicated to helping people in need.

Arif’s time with the traffickers finally came to end at the Mumbai airport in India. After being dressed in expensive clothes, he and three other children were instructed to give false names and pretend to be travelling as if they were a family – but moments before boarding the plane to Dubai the brave little boy fled his captors, ran up to the police, and told them the man he was traveling with was not his father.

“I have no idea if they understood me, but all the passengers were brought to the immigration room again,” he recalls.

Arif’s quick thinking ultimately saved all four boys. The traffickers were arrested and sent to prison, but tragically, Arif’s difficult journey was far from over. As a foreign citizen without papers or a legal guardian Arif was sent to a youth detention centre where he spent the next eight years of his young life.

Eventually, national publicity about the plight of kidnapped children in India enabled SOS Children’s Villages to get him and 11 other children returned to Bangladesh. We were able to reunite many of the children with their parents or other relatives, but Arif had no family and so was offered a home at our village community in Dhaka.

My first impression was that the SOS village community was the safest place in the world, especially compared to the past eight years of my life, I could see my future. I felt I could do something with my life.

‘I wanted to do something bigger’

Encouraged by those around him, Arif came to believe that nothing was impossible. At first, he dreamt of being a cricket player, but he eventually decided to study medicine and become a doctor.

“I wanted to do something bigger,” he explains. “Once I was deprived and I was helped. Now it is my responsibility to give back to society.”

It is a principle Arif still lives by. In 2015, he volunteered in Pakistan to help address the country’s high infant mortality rate. Two years later, he worked in the Rohingya refugee camps in Bangladesh helping to provide health services to more than 1,200 children and 300 elderly people. He is currently an orthopaedic resident at Cairo University Hospital in Egypt, where he organizes free medical camps for Bangladeshis living in rural parts of the country.

After finishing his medical residency in 2020, Arif hopes to set up his own orthopaedic centre offering healthcare to poor communities.

“As a doctor, especially one with my background, I can’t be self-centred,” he says. “I feel like the luckiest man in the world because I started from zero, and today I’m here.”